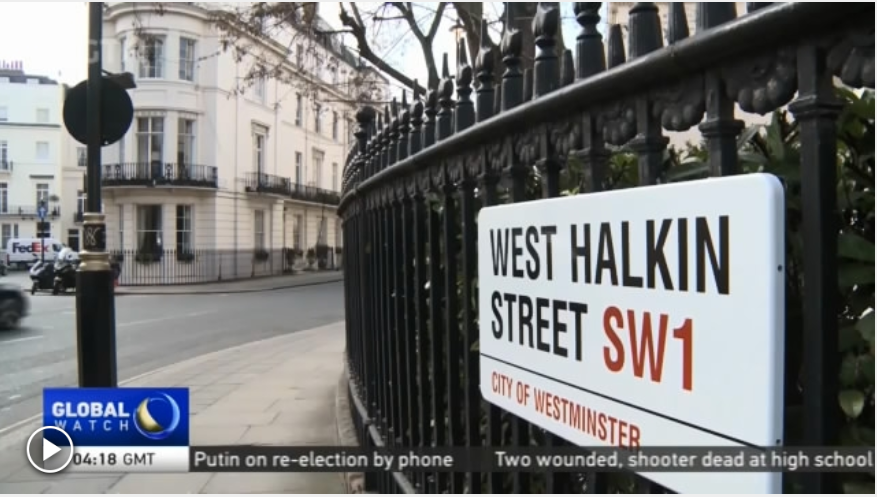 As the Russian diplomats and their families leave London, the UK is considering taking yet further measures against Russia. They could include financial sanctions that would make it harder for Russian companies to do business in the UK. That could lead some in London’s large Russian expat community, to think of taking their money elsewhere, which would have a knock-on effect for British companies and shareholders. From London, CGTN’s Paul Barber reports.

RSL Law describes itself as ‘more than just a law firm’. And indeed for its Russian clients, the company helps them navigate London’s property market and immigration rules so they can live and do business in the UK. But in recent days – its Managing Director Tatiana Sharposhnikova has heard a new word being thrown around in the media: Russophobia.

TATIANA SHARPOSHNIKOVA MANAGING DIR. & SENIOR SOLICITOR, RSL LAW “I’ve lived in this country for 25 years and it’s the first time I’ve heard that word. I’ve never heard that word before. So is the situation worrying? Yes. But should we panic? No.”

With UK-Russia relations falling to a low not seen since the cold war, Tatiana says her clients are concerned. Most are on visas that come from investing large sums of money in the British companies, stock and bonds.

Belgrave Square is home to embassies from around the world and some very rich Russians. Well over a billion dollars worth of prime property in central London is believed to be Russian-owned. But the British government is considering expanding so-called ‘unexplained wealth rules’ – which would subject Russian investors to greater scrutiny. Tycoons with ties to the Kremlin could even have assets seized.

“The anticipation is that there’s going to be a lot of money moving out of the UK in the short term.”

EDWARD MERMELSTEIN, PARTNER ONE AND ONLY HOLDINGS “Realistically the expectation is yes it’s going to be much more difficult for someone holding a Russian passport to do any business in the UK. I would say all of our clients have no issues to show where their wealth came from but when politics come into play it changes the equation because no matter what you show it’s never going to be enough and that’s the concern they have today.”

Russian-UK business ties are deep and complex. More than 46 billion dollars of Russian stock has been sold in London since the mid-1990s. They span many sectors, including energy – BP owns around 20 percent of Russian state-owned energy giant Rosneft – and Premier League football clubs. Roman Abramovich owns Chelsea and Arsenal is 30 of Arsenal is owned by another well-connected Russian oligarch, Alisher Usmanov.

PAUL BARBER LONDON “Russian investment here is controversial – for pushing up property prices among other things – many businesses, both Russian and British, hope the current diplomatic row blows over soon. If not, the days of this city being an easy environment for Russians to hold investments, could be numbered. Paul Barber, CGTN, London.”