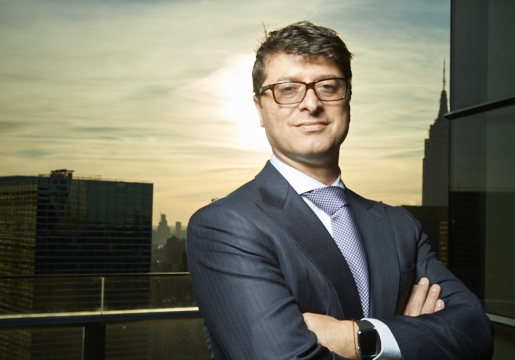 Three things Russians look for when coming to the United States; luxury, glamour and elegance, so it’s no surprise that the majority of this group finds themselves in New York City. Endless shops and high-end clubs in the city that never sleeps, New York has been the destination for every want-to-be Oligarch since the early 90’s. From the glamorous boutiques to the top restaurants of the world, Russians have been making their way to New York to part take in this lifestyle. It’s dream destination for a Russian speaker that has all of a sudden refocused on preserving their newly minted wealthy lifestyle. Throughout the past 25 years, the Former Soviet Union has erupted as one of the major economic forces in the world, and more so in the last 15 years, where the commodities-driven region has exploded with cash rich spenders. With this new rich class comes not only the desire to spend but also save. With the consistent appreciation of New York City Real Estate, FSU’s (Former Soviet Union’s) quest to maintain their wealth is quite the simple one. Oligarchs and their socialite wives are quick to purchase pricy pads, looking not to just fill that vanity void, but for as an investment opportunity too. Manhattan real estate continues to prove to be a safe long term bet as the history of appreciation of these apartments are unlike any other.

Moderate risk, stable economic conditions, and low interest rates have continued to drive investors to Manhattan. More recently, we have been seeing Russian speaking transplants, not only from the FSU but also from many European cities, especially London, come into New York with a clear understanding of the advantages of investing in New York City real estate. Newly released data from TripleMint, a residential real estate start up based in New York, points to a growth in foreign countries investing in American real estate. Topping that list, jumping from the 20th largest investor to the 2nd highest this past year, is FSU.

While these high end buyers come to Manhattan for some of the most respected developments in the world, that is but one of many reasons for their heightened interest. New York City is home to some of the best educational and medical facilities in the world, luxury living and exceptional education is an immigrants dream. As you walk around the campuses of NYU, Columbia University and many of the elite prep schools, you start to notice that Russian is widely spoken and once the kids come, the parents follow. The cultural events held in NYC, (MB fashion week, broadway theater, etc.) have also turned out to be some of the most popular wealth magnets.

Most notably, New York’s ability to provide the best medical treatment, once again puts New York in a league of its own. Adding just another component that help add value to the budding Oligarch considering moving  their family half way across the globe.

While your typical Russian comes to invest in New York real estate because of the consistent positive returns and long term value of their purchase, they stay for the glamour, education, health services and luxurious lifestyle